Seeing Registry errors in your System? Want to Know why? Then you are in the right place.

In this guide we are going to tell how the registry functions and what causes the Registry errors.

Every time you load up Microsoft Windows, imagine the number of settings and configurations that you automatically expect it to remember and initiate. The number of settings that we might accumulate through a few months of use is quite staggering. Naturally, a computer needs somewhere to store these settings, and that is where the Windows registry comes in.

What Does the Registry Do?

The registry houses all of the software settings and hardware access paths that make it possible to use our PC over and over again without having to make a series of changes every time we load it up. Unfortunately, registry problems are thus capable of inflicting some severe damage on a system; Registry problems are also quite hard to pick up on unless you know what you’re looking for.

We’re going to take a look at some of the most common and problematic registry problems.

Firstly, and probably most annoyingly, we have the annoying loss of speed when using Windows. There are many roots to the speed loss problem, but many of them lead back to a damaged registry.

Suppose the registry is trying to access damaged memory or data written to it that isn’t accurate. In that case, the extra processing and error detailing will cause chaotic delays on your system and, in some instances, freeze it to the spot altogether.

Have you noticed Windows lagging and then refusing to respond to the simplest of demands? It could be a poorly referenced hardware device in your registry. These kinds of registry problems are a real sucker punch to the system’s performance, and you’ll lose not just speed but also system integrity.

Another much-documented error is the presence of runtime errors and blue screens of death on a system. Now, when you first loaded up Windows, it’s highly likely that you’ll have got many of these – if any. So why do they appear so regularly after months of use? Well, it’s because the registry has accumulated so much information and so many conflicting file resource shares through installed applications that it simply can’t handle every request as efficiently as it once did.

You’ll often find that these errors occur much more often after you’ve recently tried to uninstall a program or a device.

In a perfect world, uninstalling problematic files would resolve the original issue completely. Unfortunately, registry problems are that much trickier to deal with, and you’ll find that a lot of the time, even though you’ve removed a program, it still leaves some stray references in the core file of Windows files. This is a primary cause for a large number of registry problems.

Another common registry problem is reported when there’s a virus or spyware on the system. As you can probably imagine, a virus programmer is well aware of the system control traits that come with a Windows registry’s workings.

This makes it a prime target for a hacker to gain control of the system, or at least to plant some nasty spyware on our machine. It doesn’t matter how neatly your Windows registry is organized. If there’s a virus at work, you should be ready to expect some severe registry problems.

Check Out: Skype Not Working on Windows 10 [Fixed] 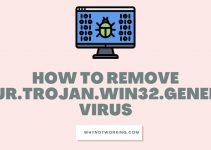 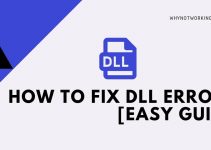 Stephen D Ryan is the Founder of WhyNotWorking.com. He brings his decade of experience to this site where he's dedicated to educating & helping people to solve problems. Please feel free to say hi on Twitter or connect with me on LinkedIn.